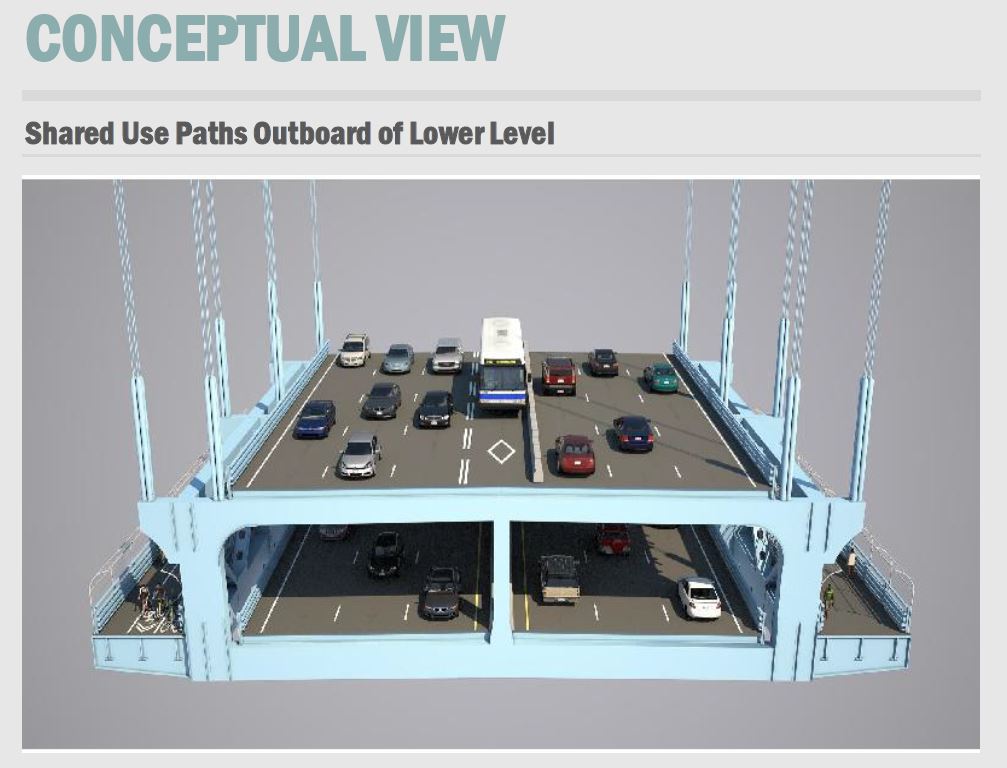 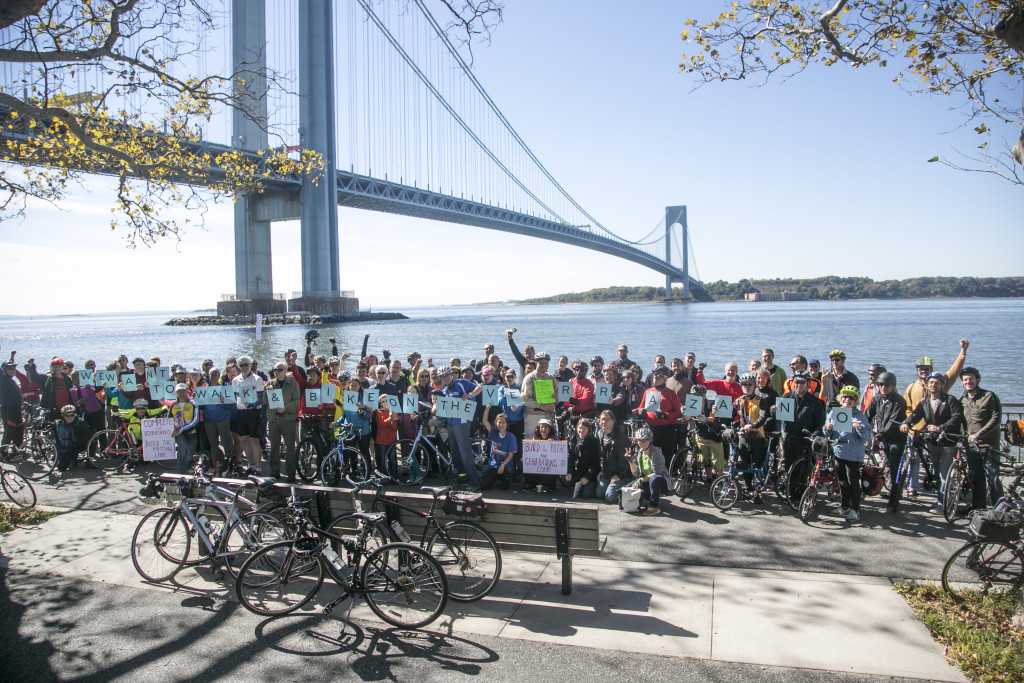 Over 200 supporters joined us in Bay Ridge to show support for a pedestrian and bicycle path on the Verrazano-Narrows Bridge! Much thanks to Senator Marty Golden, Councilman Vincent Gentile, the Bay Ridge Merchants of Third Avenue, the Staten Island Athletic Club, the Staten Island Bicycle Association, and the Five Boro Bicycle Club for lending their voices to the cause!